"It was very enjoyable and a good opportunity. We don't live in Hebron, but always enjoyed the time we spent there. It's a great place to live," Davis said of the 42 years his family was in Hebron. 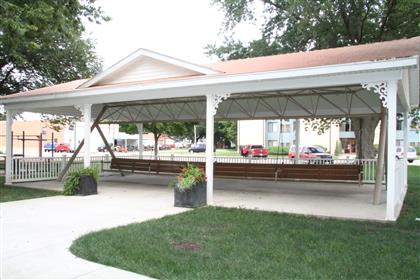 Davis was the engineer at Reinke's Manufacturing in the early 1980s when Tim O'Callaghan needed a favor. O'Callaghan was trying to figure out how to support a seat that could hold 32 people. In other words, the world's largest porch swing was about to sway for family, wedding and high school reunion photos, visitors from out of state and even a Model A club from Denver en route to New York City. O'Callaghan said they were trying to unseat Seward as the Fourth of July City. Seward has held the state title since 1976. A national accolade came 3 years later from Congress.
"Our goal was to bring in more people," O'Callaghan said. "They have a real nice celebration and crowds. Our goal was to step ours up."

The committee was determined to attract visitors. Its attempt to shake up Seward's annual draw is recorded on the swing's sign.

"...the Hebron crowd was forming a plot to unseat Seward as Nebraska's Fourth of July City. During the course of the night, many an idea was floated, but one of the best came from Joyce Ortman."

The sign, entitled: "World's Largest Porch Swing," was written by Jordy McGowen after the swing was moved to Roosevelt Park from the Civilian Conservation Corps Camp in 1991 to boost its popularity.

Tim's dad, Paul, was the original designer after committee member, Joyce Ortman mentioned she had seen a swing that sat six at a Renaissance Fair. "I said, ‘We can do better than that,'" O'Callaghan recalled. He and Don Vostrez chaired the project. 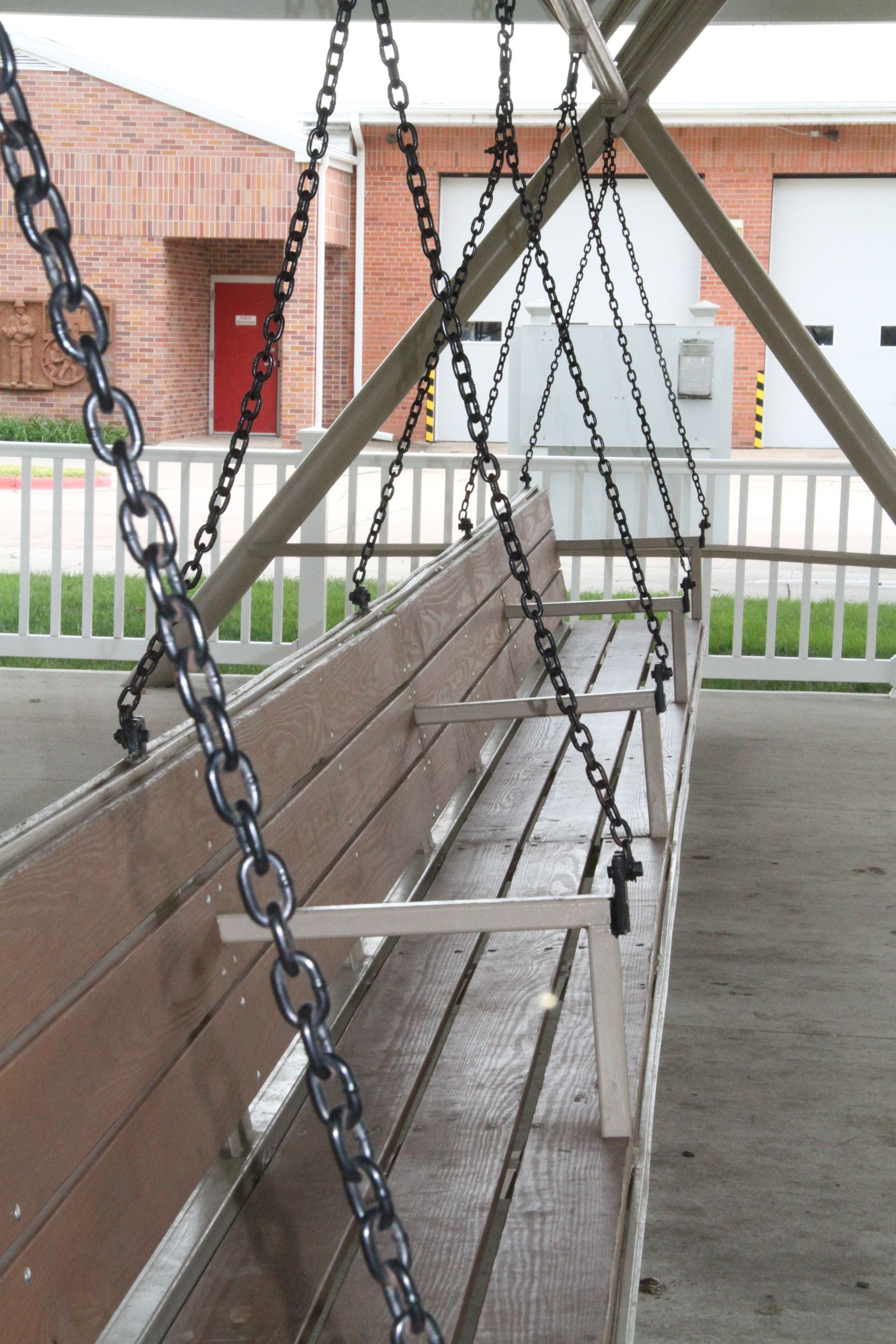 "Tim said we should do something unique. We started talking to people and it kind of kept going," Vostrez said.

Lyle Arnold, who welded the swing's legs on, said it would never hold the weight of 32 people.

"I went down and asked him, ‘Well, don't you want to be down there when it doesn't work?'" O'Callaghan said.

But first, O'Callaghan asked Davis to help and he jumped right in.

"John was a good neighbor. All our kids went to school together and this was for the town," O'Callaghan said.

"They needed a way to support the seat. We happened to have a piece of obsolete irrigation equipment. We used that for support," Davis said.

"It was stuff they had in their junk pile," O'Callaghan said about the frame. "Richard Reinke said if it's for Hebron, give it to them. Give them whatever they want."
The super frame structure was built to add a second seat up against the back of the seat for 32 people, however, it was constructed in pieces at Reinke's for moving purposes. 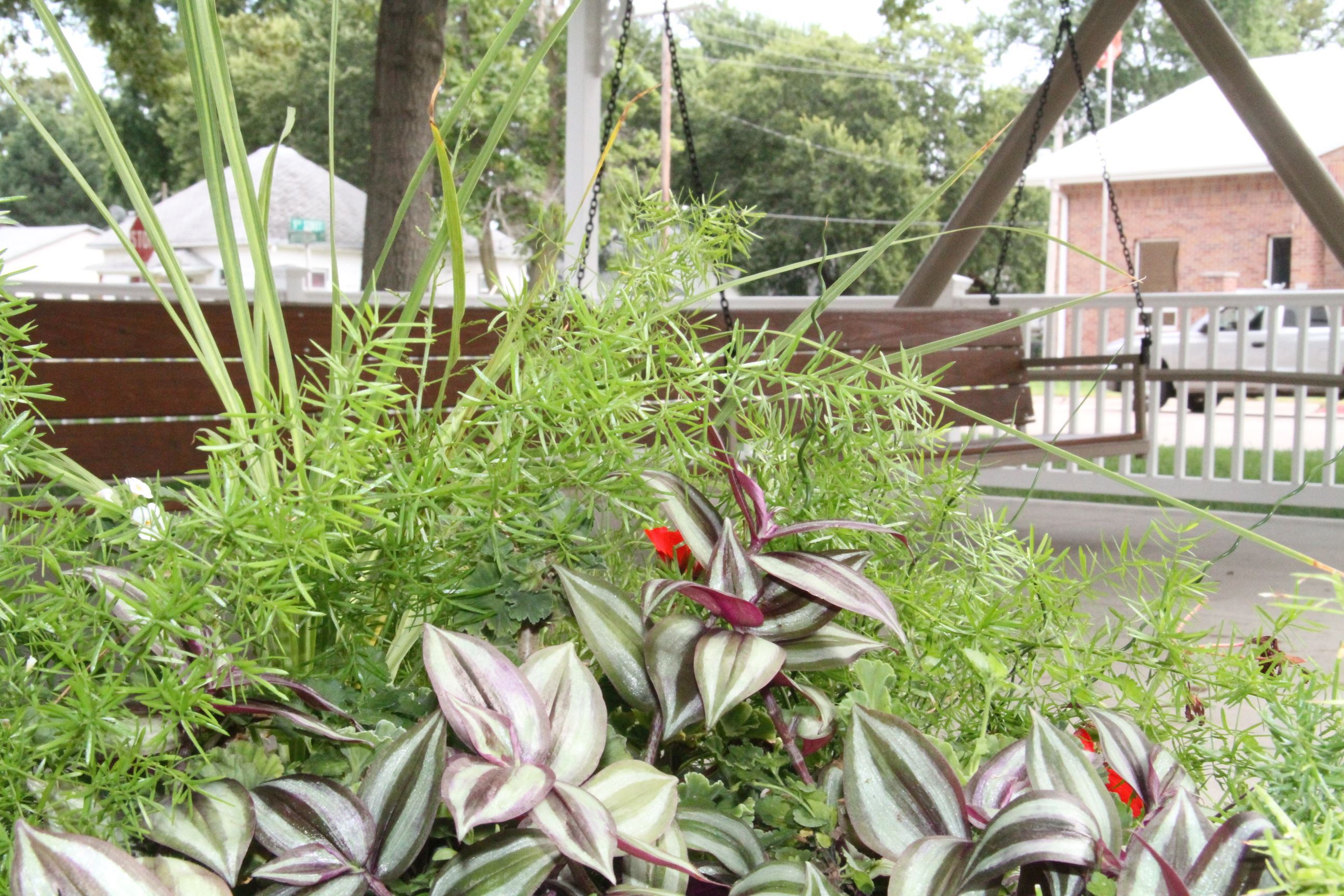 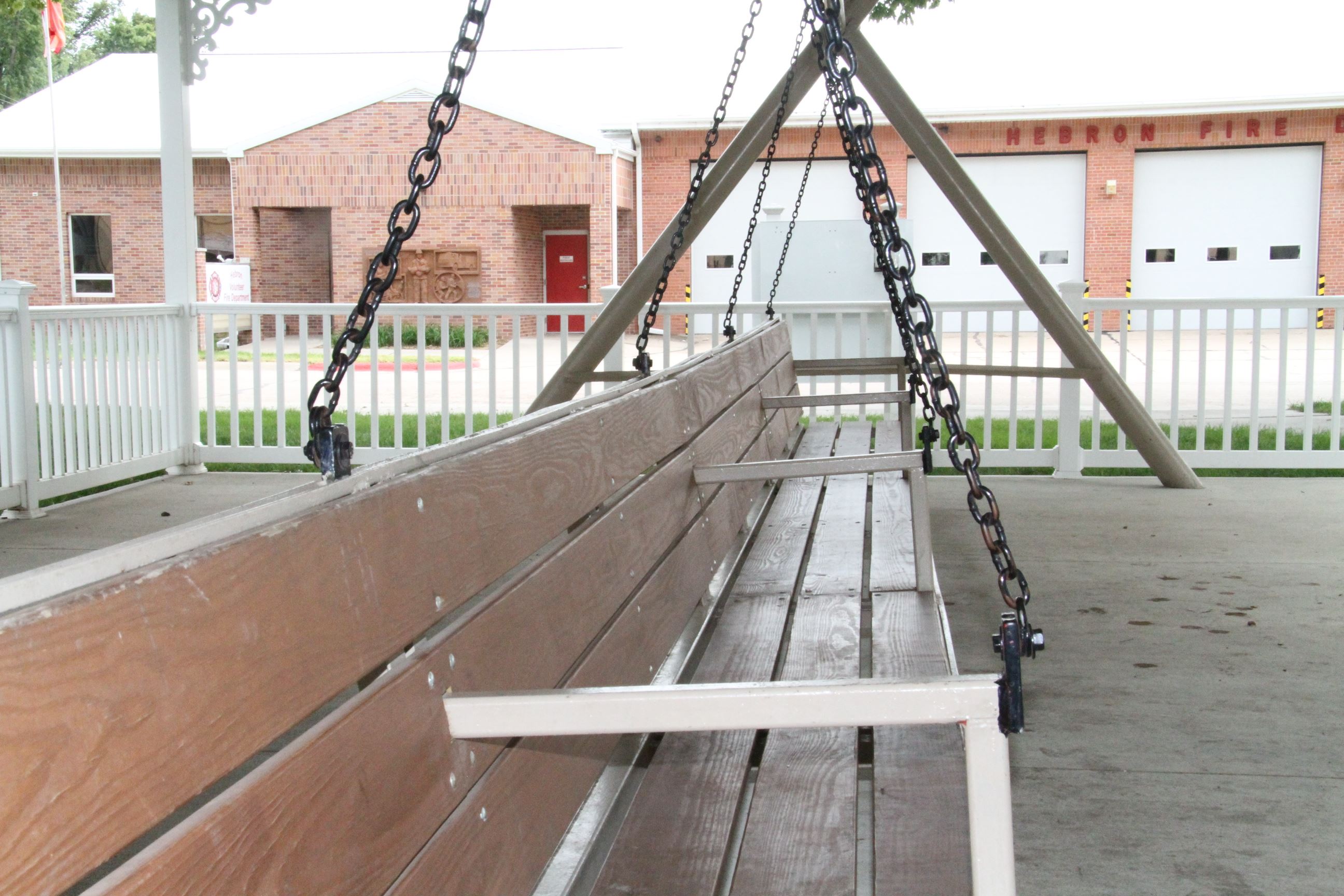 O'Callaghan said the thought was to eventually swing more people with a second seat. The largest porch swing cost a mere $240 to build, with the donated parts and labor. "I know that's the figure because I paid the bills," O'Callaghan said.

Somewhere is a box of information on the swing with the actual receipts.

"That was the thing. When we got it back here, it needed to be painted, and the hardware stores donated the paint. Everyone that we asked to help, did," O'Callaghan said.

He said it was great to know $240 could pay for that much advertising. Tour buses have stopped at the swing, Steve Delay of the Thayer County Visitor's Committee, said. The swing is mentioned in tourism magazines and brochures.

Originally, it was covered in 27 different newspapers and travel magazines, O'Callaghan said.

Davis said he attended a Bradshaw class reunion recently, and a high school classmate mentioned she had recently visited the swing while on a trip to Ed Bliss's upholstery shop. 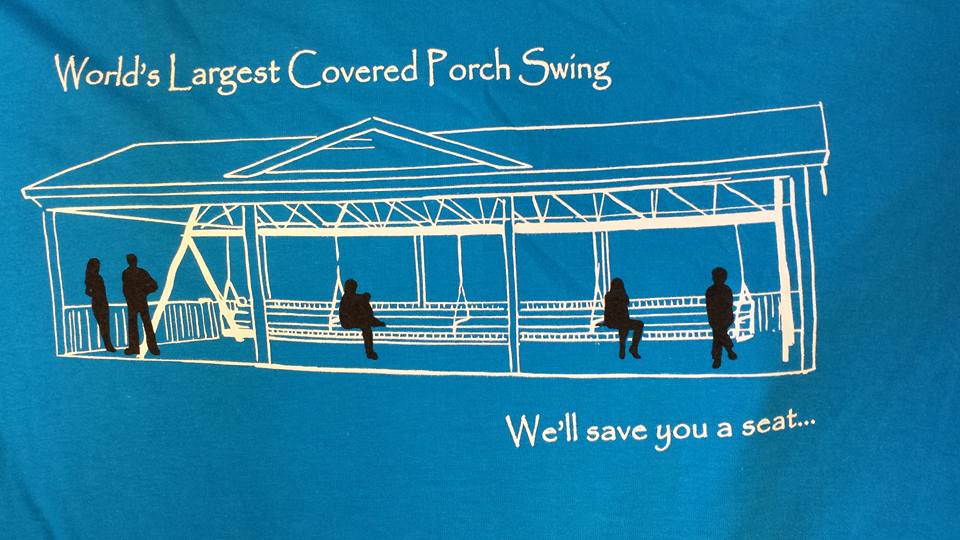 "They noticed my name on the (swing) sign," Davis said.

The swing's widespread reputation reached a fellow shipmate of Paul O'Callaghan's. O'Callaghan said his dad was on the SS Pine Island when he rescued his shipmate after he'd fallen in the water.

"He never talked about it," O'Callaghan said. "We got a phone call one night from a guy in California. He wanted to know about Paul O'Callaghan, who was mentioned in this travel magazine." 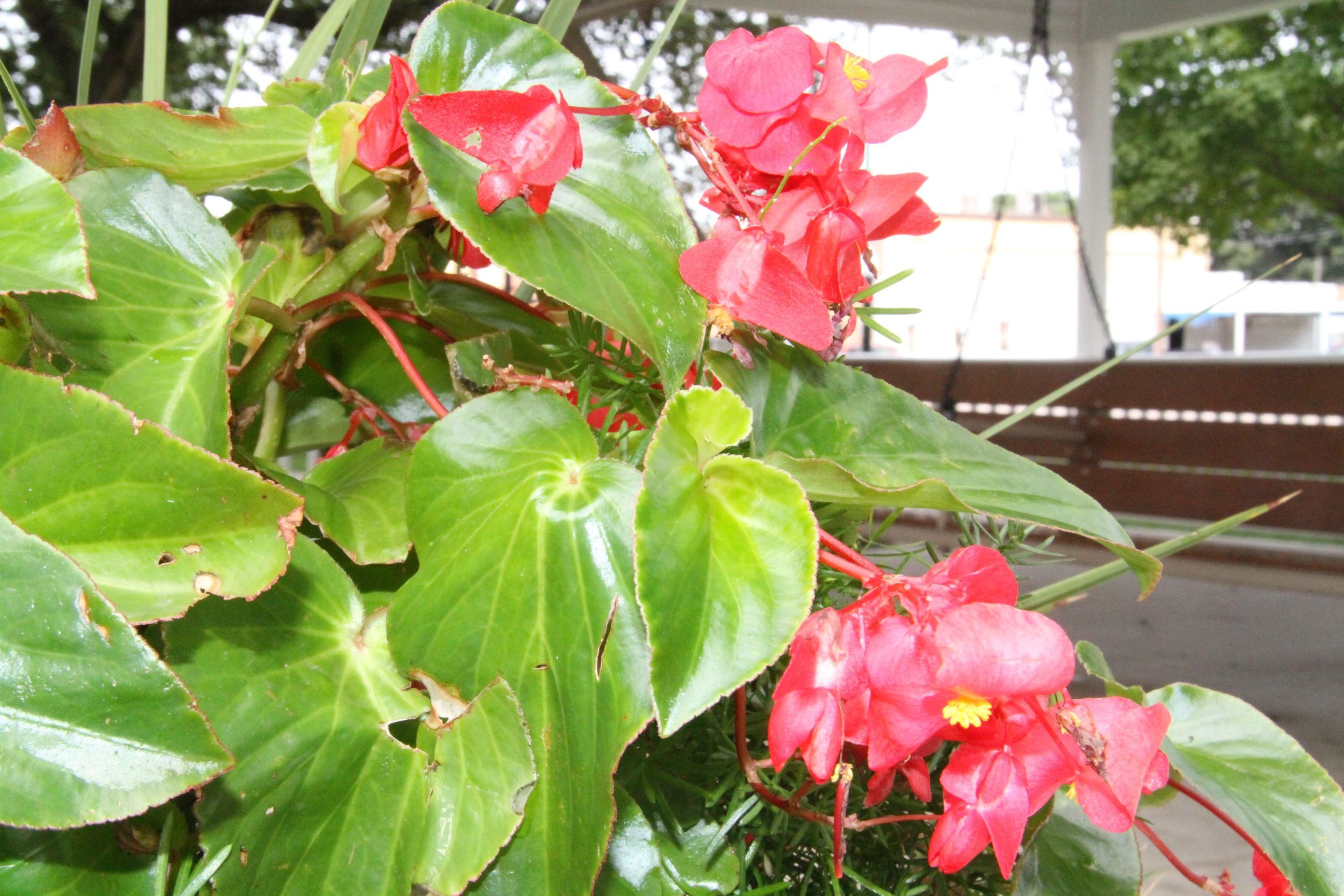